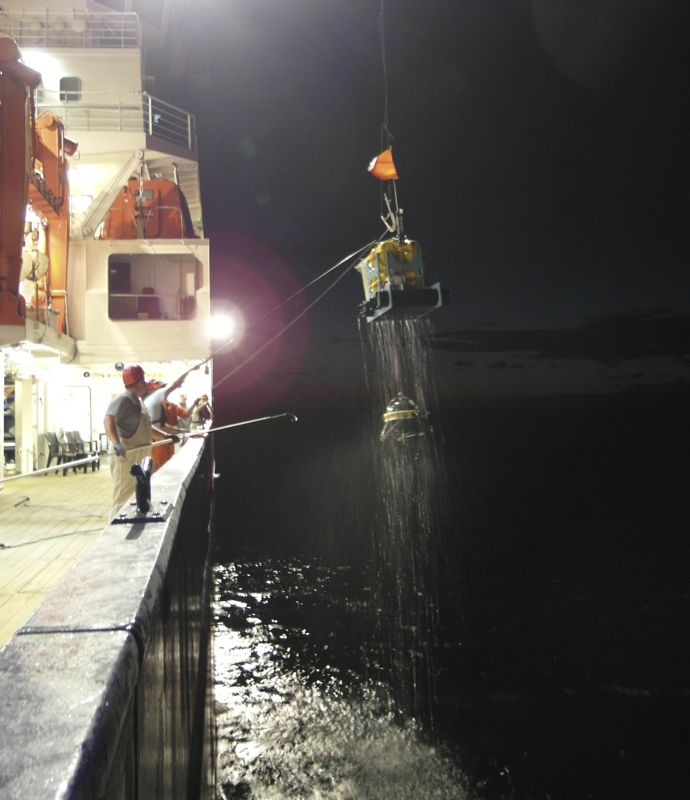 Today in the earliest morning hours, we recovered the first French OBS (station RR28). The operation had been preceded by some additional technical preparations because this model needs to be approached by the ship even more carefully than its German counterpart, and it consists of two pieces that can start to swing as a double pendulum while being lifted out of the water. RR28 also didn’t reply to its release command (at least not audibly), leaving us to worry for three hours whether it would appear or not. When it finally did, its recovery went smoothly despite a relatively rough sea, and the seismometer has brought back very nice data.

This email address is being protected from spambots. You need JavaScript enabled to view it. | http://www.geophysik.uni-muenchen.de/Members/sigloch